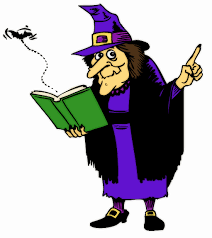 As she stood at the gallows, Sarah Good screamed, “You’re a liar! I’m no more a witch than you are a wizard! If you take my life away, God will give you blood to drink.” Sarah Good pleaded innocent, but despite the lack of evidence against her, she was executed. Her experience is just one of many women that were accused of witchcraft. Throughout history, there have been countless witch hunts. What effect did witch hunts have on women in society? Why have women been targeted? What did the trials show us about how the justice system worked? By exploring the witch hunts in Europe and Salem, Massachusetts, we will see that witch hunts negatively affected women because they further marginalized an already marginalized group of people and minimized the voices of women in debates during trials.

Witchcraft in Europe
In the 1300s, witch hunts raged in Europe, and the idea of the Devil possessing humans to cause misfortune was very popular. Christians believed that the Devil could give witches the power to harm others in return for loyalty. Witch hunts were the culmination of social issues society was facing as people began to look for scapegoats, who ended up being women who did not follow society’s established guidelines. In Europe, witch hunts were actually written into law due to the commonality of them and governments often took part in the persecution of witches. Witch hunts did not just happen randomly, they were symptoms of societal issues and were normalized by the government.
Misogyny was ingrained into the guidelines and foundations of witchcraft. A famous text called Malleus Maleficarum was written and provided the structure and guidelines for witch hunts, but it was quite misogynistic. One of the sections is entirely focused on why witches are more likely women, stating “What else is woman but a foe to friendship, an unescapable punishment, a necessary evil, a natural temptation, a desirable calamity, a domestic danger, a delectable detriment, an evil of nature, painted with fair colours!” It was meant to be a guide for how to interrogate witches, but it promoted misogyny, mistreatment of women, and made women targets for witchcraft accusations.
Generally, it is believed that around 110,000 people were tried for witchcraft in Europe, and between 40,000 and 60,000 people were executed. Additionally, the ideals of the Protestant Reformation, specifically that of individuality, lowered the sense of community in Europe and played an important role in the prevalence of witch trials due to the rigid characterization of people as “good” or “bad”. Witch hunts in Europe began to simmer down as the rules became stricter and it became harder to convict people of witchcraft. Eventually, accusations did not often become more than rumors due to the expensive nature of persecution and going through the legal system. The increasing power of centralized courts and the decreasing power of the Church in Europe allowed for lawmakers to begin the decriminalization of witchcraft. As witch hunts decreased in Europe, they began to spike up in American colonies as misfortune was blamed on the devil’s doings.

Puritan Beliefs Targeted Towards Women Created Unfair Trials in Salem
Women were disproportionately affected by the Salem witch trials. 14 out of the 19 people executed in Salem were women. Additionally, in all of the witch trials across New England from 1638-1725, 78% of the accused witches were female. Oftentimes, accusations against men were due to their connection with a suspicious woman. Puritans, coming from a very religious background, believed that a woman’s role was to have and raise children, as well as to manage the household. If a woman stepped out of her expected role, she was often targeted. In Puritan society, women were looked at as dangerous and more evil than men because they imitated Eve. Women were considered intellectually, physically, and morally weaker than men and subject to deeper feelings and emotions, which made them more susceptible to being manipulated by the Devil. Additionally, there was a belief that women were more likely pawns of the Devil because they were unable to control their sexual lust. In Puritan beliefs, women that were not sexually satisfied by their husbands, were likely to turn to the Devil to satisfy their needs. According to Puritan beliefs, men were less likely to give into their “carnal lust” than women. The Puritan definition of adultery was “sexual intercourse with a married or espoused wife”, so any woman that cheated was an adulterer, but if a man cheated on his wife with an unmarried woman, he was not considered an adulterer. Often times, people that were accused of witchcraft were adulterers or older or unmarried women, because they were likely to have turned to the Devil to satisfy their sexual needs. In addition, there was a denial of religious authority to women. This was one of the main reasons more accused witches were women than men, because if Christ did not permit women to hold religious authority, then a woman would be quicker than a man to turn to the Devil and Satan.
In trial, there was little debate over someone’s innocence or guilt, especially if a woman was on trial. The accused were not listened to and the evidence of the accuser, even if it was spectral evidence coming from dreams, was prioritized. Spectral evidence was used to convict someone, even if there was no true backing to the claim other than something someone saw in a dream. People could very easily convict others, and especially women, that they had something against or thought of as weird or strange. Additionally, the concept of hearsay was very common during the Salem witch trials. Hearsay was basically a rumor, and rumors were considered evidence within the courts of the Salem witch trials. The evidence that was collected during the Salem witch trials was unreliable but was considered strong evidence against the accused.

The Impact on the American Legal System
The Salem witch trials had a lasting legacy on the American legal system and society’s roles of women. Being a cautionary tale, Salem’s trials had a policy of guilty until proven innocent. In moving forward with the American legal system in future years, lawmakers recognized the danger of this policy, and made it clear that being innocent until proven guilty is a vital piece of a fair trial. Additionally, lawmakers implemented the hearsay rule, which prevents the use of evidence from what is said outside of court. The last practice lawmakers established that was based upon the Salem witch trials was the requirement for a defendant to have legal assistance or a lawyer. In the Salem trials, defendants were not given that privilege. The overall takeaways from the Salem witch trials from a legal standpoint mostly encompass practices to ensure a fair and equal trial and the checking of power. American lawmakers learned from the Salem witch trials and put legislation into place in order to allow fair and equal trials for all people regardless of gender.
The struggles and inequality women faced during the Salem witch trials represented the idea that witch hunts negatively affected women. The misogynistic language within Malleus Maleficarum, the disproportionate number of women convicted of witchcraft, and the lack of voice women were given during the trials all proved that witch hunts targeted and oppressed women.