This is the Way, the Disney Way 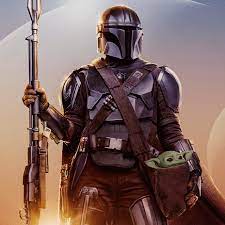 The development of a storyline is as important as its uniqueness, but simultaneously attempting to create arcs for multiple characters in a two-hour film can lead to disastrous results. The Mandalorian took the time to carefully develop a new character: Mando. It is true that television series have more air time to fit in more plot and stories than movies, but The Mandalorian captured the audience’s hearts because it connected well with nostalgia. As Will Brooker, a professor of film and culture studies at Kingston University, said in an interview: “Star Wars is inherently about the past, about legacy, inheritance, and the relationship—symbolic and literal—between fathers and sons. […] It’s explicitly all about the past, and how things reached the point where we came in at the start of A New Hope.” The Mandalorian succeeded because it filled up the 30-year gap created by The Force Awakens and Return of the Jedi and expanded upon how Palpatine was able to clone himself as well as the rise of Luke Skywalker’s Jedi academy. Hopefully, the new series, Kenobi, does the same for the gap in the title character’s storyline.

Unlike The Mandalorian, the sequel trilogy focused on developing multiple characters at the same time: Rey, Kylo Ren, Finn, Rose, Snoke, Luke Skywalker, etc. Many times, due to the limited screen time, most characters felt out of place and had little impact on the stories around them. Those such as Finn were given great potential in The Force Awakens: defected First Order soldier, wielding a lightsaber, saving Resistance’s ace pilot, but was then disregarded and left undeveloped to the last movie where his most famous quote becomes just him shouting: “REY!” Kenobi is positioned to follow The Mandalorian’s more focused approach. Even in the trailers, Kenobi is said to confront an extremely powerful version of Darth Vader and numerous Inquisitors while also protecting a young Luke Skywalker. Perhaps we will be able to see a live-action adaptation of Kenobi’s final duel with Maul, or discover how he was able to learn to communicate with his dead master Qui-gon Jinn in order to reach the passway to immortality… All is to be revealed on May 27th, 2022.