Tales From All The Comforts of Home Hospital~ Edition 9* 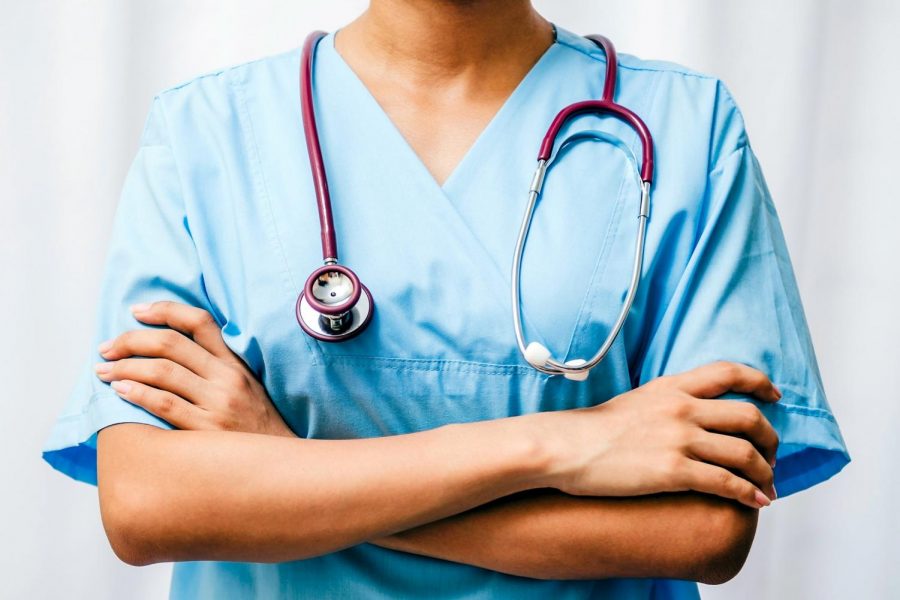 March is referred to as “March Madness” at ATCH, but not in the way of basketball. In the hospital, March IS madness. Between Saint Patrick’s Day, the SOAP, and the “normal” everyday shenanigans of the idiots in the surrounding area, March is pure stress for us residents.
Oddly enough, Saint Patrick’s Day (SPD) is quite the celebration here in New England and widely celebrated by the Irish, along with those who are not. This year was especially wild, owing to the fact that there hasn’t been a “real” SPD parade in two years as a result of the pandemic. It was a normal Thursday for me, and I was working with Becca down in the ER with the sweetest 65-year-old demented man, who insisted on wearing suspenders with his paper scrubs.
“Don’t forget to re-fasten my suspenders in the back for me once you’re done doctor. They’re a bit difficult for me to reach.”
“Of course Mr. Alterez, how could I ever forget?” I giggled under my breath while Becca, chuckling amusingly, stood by his bedside checking his vitals.
Once we got Mr. Alterez settled back in his bed, Becca and I walked down to the cafeteria in the hopes of grabbing a quick coffee before heading back to the ER. Standing in line, I turned to Becca.
“Are you ready for the chaos of the new crop of interns to be “chosen” this week?” Looking back at me and giggling, she replied,
“Um, SO ready. Remember that gut wrenching hope we all had to not get that one phone call that could ruin our career? Worst 10 minutes of my life right there by far.”
“I couldn’t agree more. I was so thankful that day when I didn’t get a phone call. I just remember the horrid look on my friend Thea’s face when she got the call that she was in the SOAP. She worked so hard, so I felt so bad for her. Luckily she was able to eventually get a residency position out in Wisconsin.”
The SOAP is every 4th-year med student’s nightmare. Standing for “Supplemental Offer and Acceptance Program,” it is a standard process that provides med students who did not match for a residency program with the ability to apply or get offered unfilled positions. It’s a scramble, to say the least. Panicked 4th years “scramble” in a state of hysteria in the attempts to scrape together the last of their wits in the hopes of saving their futures. Intense, I know. I was lucky enough to avoid the SOAP and matched with ATCH’s residency program after my four long years of being a med student. What a wild ride it’s been since then.
Thinking back on it, it doesn’t really feel like that long ago I was a first-year med student:
scared, and completely oblivious of everything in store for me. Am I really graduating in three months? Wait, am I even ready to graduate?
Thoughts begin to swirl around my head,
“You’ve barely had any schooling, you’re not ready to do this on your own.”
“Just last week you needed help with a simple lung decompression. You won’t have that help in the real world.”
“HA! You? An official doctor? Yeah right, keep dreaming hon.”
“Let’s talk when you’ve had some REAL experience and skills.”
Sitting, head spinning I realize that I don’t even feel like a doctor. Sure, I’ve had all the right training. Yes I’ve passed all the tests. Am I smart enough? Yes… at least, I think I am. Everyone calls me doctor: my friends, family, patients, mentors, but I don’t feel like one. I’m faking it. I’ve been faking it all these years and have somehow managed to slip my way up to the top. Me, an imposter, never once caught. I don’t belong in this role. I don’t belong in this hospital. I don’t belong being a doctor.
What am I supposed to do? How do I go back to the ER after this? I guess I’ll do what I’ve been doing all these years. Let’s just keep on faking it. Woohoo.

This story elaborates along a certain state of mind called “Imposter Syndrome.” Imposter Syndrome is very common among 4th year residents who are finishing up their residency and on their way on to becoming a “real” doctor. This anxiety interrupts these people’s confidence in their own abilities and accomplishments, and burdens them with the fear that they will be exposed as a fraud despite obvious evidence of their skills and capabilities.