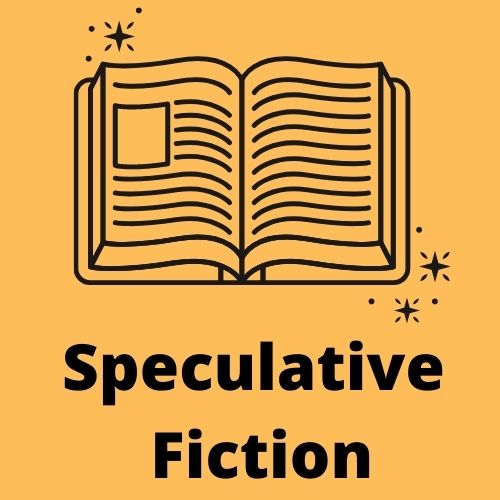 In Speculative Fiction, the juniors and seniors concluded the selective by writing a short story, but not just any short story. Their piece had to be set in the distant future and, as all speculative fiction does, had to comment on a real societal issue we’re currently facing. Please enjoy their “teasers” below, and if you were compelled by what you read, leave a comment to let them know! Please note: the students with an asterisk next to their name published their short story to Unleashed in its entirety, so please consider reading and commenting on that, too!

“2299: The New Age” by Joel Agyemang: Would problems in the 21st century occur in the latent future, or would there be new problems that would interfere with our daily lives?

“The Disciples” by Johnson Chen: ​​Peace settles on the mountain of corpses, order carried by the sea of blood. Even so, it’s still justice.

“The Ethics of Suveillance and Cheating” by Karina Davis and Abril Gamboa: In this world, the government uses implanted technology to observe and control its citizens. Stephan, however, just really doesn’t want to do his homework.

“Inferno Cloud” by Abraham Guo: This is the death of a world that has conquered death.

“Eyes to the Stars Don’t Look Down” by Talya Jaber: The Mars Colony is a beacon of progress and human advancement. It’s the safest place to be, if you can afford it…

“Divism” by Sage Look-Why*: “I wake up to a light breeze flapping my wrinkled, bloody t-shirt around and come to my feet. I peek over the edge of the roof calling out my brother’s name in horror, ‘Ja…Jackson!? Jackson!?’”

“SimplSummaries: A Product that Changed the World” by Alexander Lopez-Levy*: An English teacher who loathes his job creates something to make his job a little easier. Its repercussions change the world. A man frantically tries to get a message to the English teacher… with the intention of reverting the country to a more stable state.

“The Last of Us” by Geanna Naslazi: Many people never thought the world would get to a point of mass destruction, but now everyone is dead; I am the last of us.

“40 Million Views” by Kaia Outzen*: You might think that I am the one hurt, that I am the victim. No one sees beyond the surface, beyond the most shallow of appearances, and it was this attitude that caused the true tragedy.

“Tinker” by Gavin Rice: Xavier Kerrigan, a mass producer of robots, has to deal with the reality that a change is coming to the power structure of his world, and he intends to stay on top, as he always has. Meanwhile, people close to him leer in the shadows, desperate to get a taste of power.

“The Great Automation Fail” by Eli Stephenson: In a world where all tradesmen have disappeared, will machines fill the role of humans? Or will they suffer from an inability to adequately communicate with those they are supposed to be performing services for?

“Rain” by Jaime Sutherland: The world is water, there is almost no escape, but Noah is determined to leave. In a desperate attempt to get away, he and his family look to the stars.

“Tele-Normality” by Jonah Whitney*: A new form of entertainment is out. How will this affect the lives of the young generation?

“Finding Comfort” by Iris Zeissig: 2089, a year where trends change so fast that new clothes are made and thrown away daily. How is a high school community affected, and what happens when the machines making all of these clothes are banned?

“Noah” by Brian Zhu*: There were two castes, the rich and the poor. The rich ruled the country, and they lived in one city called Nirvana.