Why Can’t I Just Stay Myself During Quarantine? 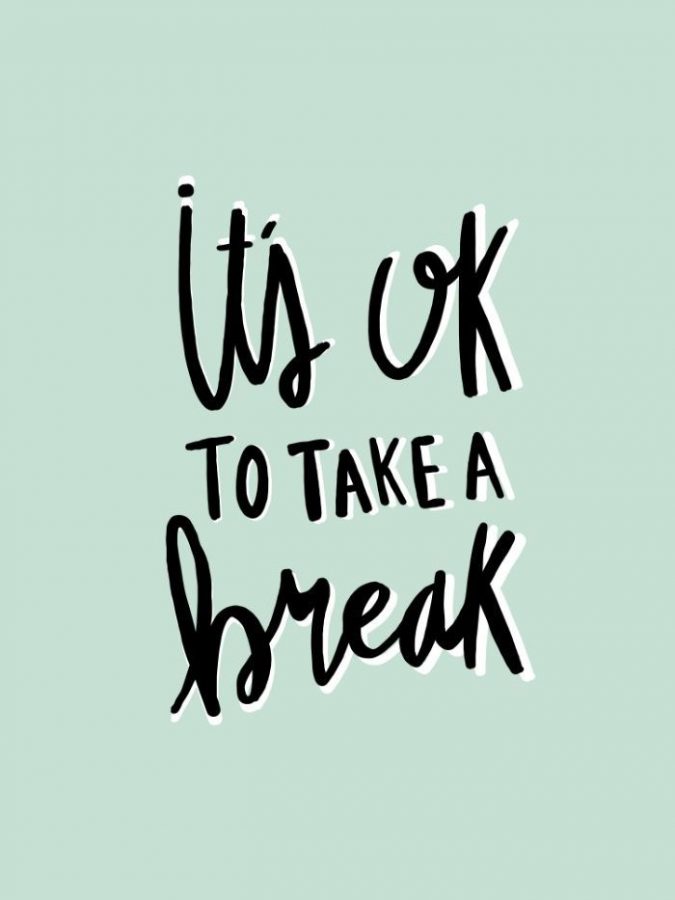 When I first heard we were going to be in quarantine, I was thrilled. I didn’t have to wake up early, face the same people every day, and figure out how I was going to manage to get through another day of constantly trying to be the best at everything I did with the looming threat of college and internally screaming when someone asks a question someone literally just asked. I could sit at home, eating my cookies and ice cream, watching Netflix with my family and having a dang minute. But the more I looked on social media, the more I realized that this way of living for a few weeks was unacceptable. I was embarrassing society by relaxing and enjoying myself. I was supposed to keep a strict routine so that I could become a better and more productive person through quarantine. No excuses.

All it takes is a few seconds of scrolling through social media to realize that all of these fantastic people are becoming stronger and leaner, learning how to cook, sewing these amazing scarves and reading 20 books a day. And on the outside, I think, “Who cares? I could do that if I wanted to, but let me enjoy myself!” But there’s also the insecure high school teenage girl part of me that wants to fit in and be able to post these pictures about myself and maybe even make other people jealous. It sounds mean when I type it, but it’s true!

One example of the productivity pressure from social media was this tweet that popped up on my feed:

“If you don’t come out of this quarantine with either:

2.) starting what you’ve been putting off like a new business

You didn’t ever lack the time, you lacked the discipline.”

But what about our mental state? Doesn’t that account for anything? Because although I understand that you can’t completely disregard your existence by submerging yourself in Netflix and watching chocolate chip cookies rise, I think we’ve been doing a good job of being engaged and spending time with our families. Why can’t that be enough? Trauma psychologist Alaa Hijazi posted this rebuttal to her Facebook shared on Upworthy, “This cultural obsession with [capitalistic] ‘productivity’ and always spending time in a ‘productive,’ ‘fruitful’ way is absolutely maddening.” She then added, “What we need is more self-compassion, more gentle acceptance of all the difficult emotions coming up for us now, more focus on gentle ways to soothe ourselves and our pain.” From my personal experience, the pressure from social media to take advantage of this time, despite over 2.75 million cases and nearly 200,000 deaths, to get your “summer body” in shape is not quite focusing on “gentle ways to soothe ourselves.”

The first few weeks I got caught up in it – trying to figure out new hobbies every day so I could become a better person and maybe even get viral on TikTok or Twitter for my incredible productivity. By the end of the day, I was exhausted from cooking, cleaning, sewing, walking, painting Bob Ross, doing a dog photoshoot, organizing my books in descending alphabetical order, curling my hair with a straightening iron and straightening it with a curling iron (simultaneously). I had let myself fall in a cave of humiliation and defeat that I could never crawl out of.

But then I realized something. Who decided I shouldn’t be allowed to do whatever the heck I wanted while I was at home?

Huffpost talked with Cynthia Pong, the founder of Embrace Change, a business to help women of color change their career field, “We have crafted a lot of our feelings of self-worth on achievement, accomplishment and being prolific in stuff that we do. If you take that away, there’s a void. And voids are so hard to deal with.” And honestly, even if I had mastered 27 different hobbies, I would see someone making an origami peacock and still feel worthless and stupid.

I’m not going to pretend I have this all figured out and not impacted by someone far away in lockdown creating this great invention or some strong empowered woman who has decided to become a bodybuilder and posts about it every day. But I’m starting to feel comfortable in my own skin. I still see memes making fun of people that do puzzles and nerdy stuff like that, but once I got over my fear of being laughed at by my sisters, and then their anger when I’d turn on the bright lights during their Netflix show, I went back to doing them and it was a great stress reliever. And I realized that the reason I had followed social media’s demands was to cover up my fear of my grandparents’ sickness in the ER and my own health by having control over how I looked on social media. Fooling myself just as well as others to pretend I had it all together. So while my sisters are running, working out, learning languages, and being a freakin’ productivity boss, I’ll be over here being my own boss: taking care of myself in my own ways and not social media’s. Because if I have a chance to binge-watch The Office for the third time that week with the remote in one hand and a brownie in the other, you best believe I’m going to take it.